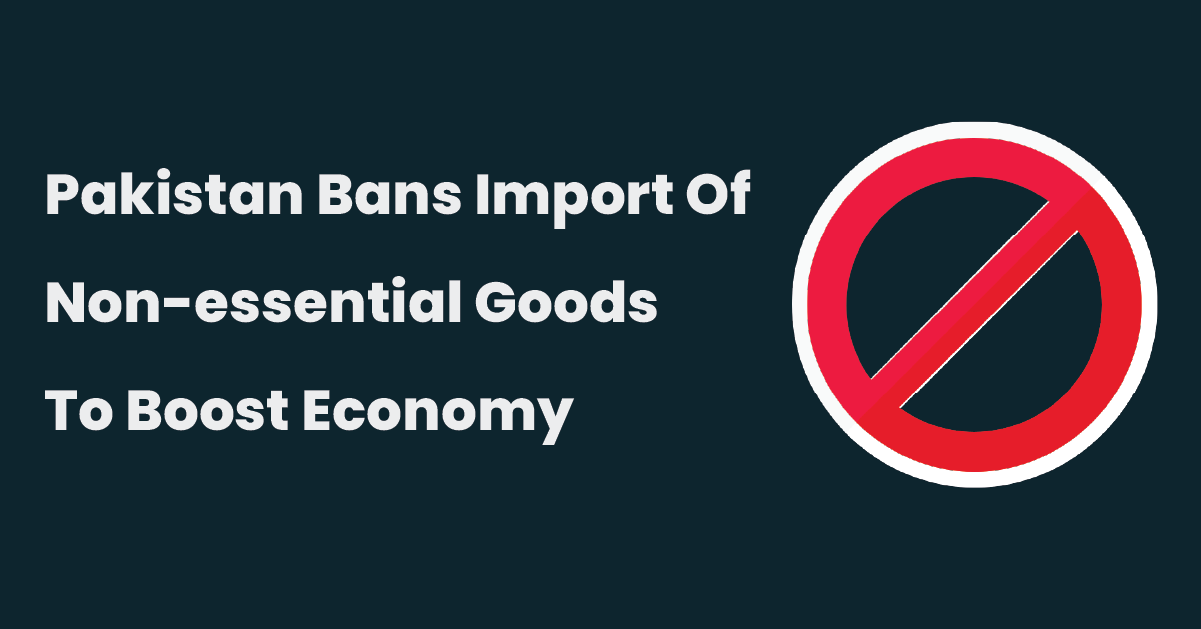 When the expense exceeds the income or when imports increase with respect to exports, the economy naturally starts to fumble and this is a dreadful situation a country passes through. Something similar has been happening to Pakistan's economy in the past years, the rupee has continuously been losing its worth against the dollar which appears to be the global currency for trade. The growing inflation and continuous downfall of the local currency have pushed the government to take some rapid actions in order to save the dwindling economy and depleting financial reserves.

Pakistan’s largest imports include cars, phones, cosmetics, food items, and a few other groups. According to the present government, such items have been categorized as ‘luxuries’ and ‘non-essential goods’, hereby they have been banned to be imported into the country to cut down import bills and replenish the national reserves. The government additionally wants to boost the country’s weak economy by supporting the local makers and local industries. The prime minister of Pakistan further stated on Twitter

“My decision to ban (the) import of luxury items will save the country precious foreign exchange,”

This prompt step is said to be part of the economy-boosting emergency plan adopted by the current government. Pakistan needs to further reduce its dependency on foreign goods states the government representatives defending the current step. Right or wrong this step has surely initiated a wave of tension throughout the nation as the banned goods also include chocolates and pet food which more like is a necessity for many of the upper-middle class and elite group of the nation.

The list of banned goods includes the following items

14. Carpets (except from Afghanistan)

Now a lot of products mentioned in the list above are part of daily lives and more or less have become essential. A lot of you might be dreading the decision. No more chocolates of your choice? You’ll literally be craving your favorite international cosmetic brands but won’t be able to buy them? Your pet’s favorite meals just got banned? So many things to worry about right? Well, we’re feeling the same as you are!

It is to inform our valued shippers that for the time being, we won’t be able to ship the above-mentioned items from  USA to pakistan for you, hereby we request you to be careful while placing your shipment order. However, as far as the import ban eases we’ll continue to ship anything and everything you order from US stores to Pakistan!

Till then let’s remain silent partners in shipping!