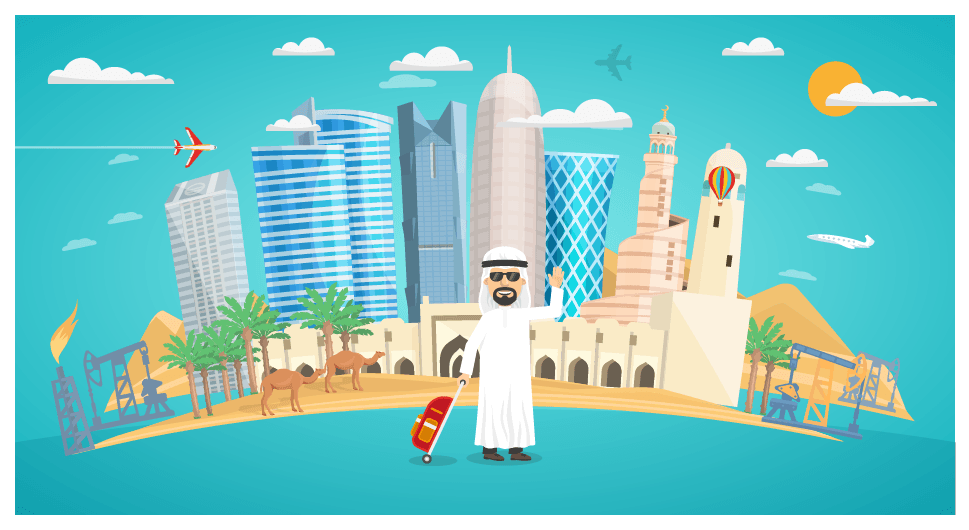 Shop from USA and Ship to Qatar

As the countdown begins for the FIFA cup 2022 in Qatar, the hype is unreal with the event almost three years away. But since its FIFA, the hype is justified. The inauguration of Al Wakrah Stadium, one of the stadiums that will host the 2022 FIFA World Cup in Qatar, which is in its final phase of completion is a breathing example of the atmosphere in the rich Gulf country with the exquisite tastes. The country is achieving the dream of building the first stadium from scratch according to the standards adopted by FIFA.

Despite being a small and minding-its-own-business sort of country, Qatar has always been in the limelight for all the right reasons, recently. Be it the Airlines being ranked as the best in the world or the summer tourism festivals being announced all over; Qatar has multiple interesting avenues to be explored and places to be visited.

Qatar’s e-commerce market is growing at a rate of 17% per year. In 2014, the business-to-consumer (B2C) market in the country reached “just over $1bn,” making Qatar the seventh-largest market in Middle East and North Africa (Mena) region, figures from the Qatar National e-Commerce Roadmap 2015 showed. According to the roadmap, global e-commerce B2C sales totalled $1.5tn in 2014. During the same period usa to qatar, the average person in Qatar spends $3,453 annually, with each transaction valued at $264, the roadmap said.

The per capita income combined with tech-savvy public translates into e-commerce! With the ever-growing trend seeping into the market, Qatar already has 0.3 Million of its population shopping online.

Qataris love to travel. The percentage spent on travel equipment, tickets, apparel and gadgets is 22%! 15% on Fashion, 18% electronics and the rest on entertainment and utensils!

Whether you wish to order football merchandise or anything else of interest from Qatar (apparel, travel gadgets etc), there’s Amazon, E-Bay , Macy’s: all your favorite American stores from your friend, the United States of America. Amazon.com is currently the most popular e-commerce store in Qatar with its sales growing by the minute.

Who will bring me my product?

The big question pops up at this point: how do you rely on a shipping service to bring your favorite product from the US to Qatar? Global Shopaholics is the most popular answer. With its services stretched across three continents, Global Shopaholics will provide cheap ship USA to Qatar everything from a price match to effortless processing. You can browse the world’s largest inventories whilst keeping your products in a single cart and leave the consolidation, packing, and shipping to them. Happy shopping and happy shipping!

Preparing to celebrate Eid with the family?

Purchase from US stores and save money on international shipping with Globalshopaholics! .Read More

How to get Your
Favorite items from US TO KSA

How to get Your
Favorite items from US TO UAE

At Global Shopaholics, we bring the best international shipping solutions for our customers!